Sunday night we picked the kid up from his dad. He gets out of his dad's truck with a huge grin on his face and holding an empty sprite case...well, almost empty.

"Mom, I caught a new pet!"
For those of you who don't know, we already have a snake named Rex, and two mice, named Pardon and Ralph 2.0.
I look into the box, and there he is, or she, who knows. A huge toad! My first thought was how cool his/her eyes are. My second thought....he wants to keep this thing.
He then tells me that he caught him/her all by himself, he's beaming with pride. I asked him why he didn't keep him at his dad's house since that's where he caught him.
"Well, (step mom) said there is NO WAY this THING is going in her house. And dad said since we practically have a zoo already that you'd probably let me keep him."
Hmmm, thanks (ex)!
So, long story short, we have a new pet...Meet Koopa, our Western Toad. I figured since I was taking pics of him/her, I would share pics of all of our 'zoo' animals. :) 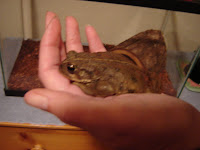 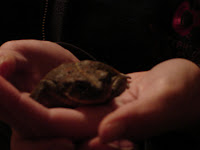 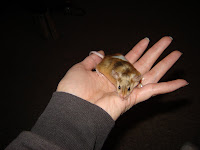 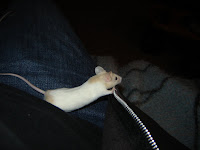 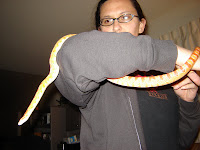 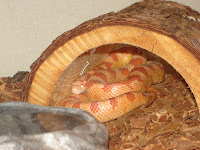 awwwhhhh!!! hi koopa :) i had a whites tree frog btw, he was soooo cool, big fat and loud as hell, loved him... enjoy!

You do know that snakes like toads better than mice, don’t you? Yum Yum!

You sure that aint a food chain rather than a zoo?

Seems like you just have a snake and a lot of snake food!

Looks like you have the whole food chain there! Yikes!

Do not delete this article, there is ad-supported access to 500 U.S. dollars reward, activity time to 2010/12/31 the end of this period we will have staff members from time to time to visit, hope you have the opportunity to receive prizes!